Detroit is ever present in the soul-stirring biopic “The Clark Sisters: First Ladies of Gospel.”

Near the start of the made-for-Lifetime movie, the Clark Sisters’ mother, the esteemed Mattie Moss Clark, wakes up her five daughters in the wee hours of the morning. A nearby clock reveals that it’s 3:13 a.m.

From the never-give-up spirit of the story line to the abundance of Motor City-bred talent behind the scenes and on the screen, “The Clark Sisters” is a reflection of Detroit.

The film tells the story of Grammy-winning gospel act the Clark Sisters, Detroit girls who rose to fame under the tutelage of their mother, the late Mattie Moss Clark. Mother Clark not only trained them and countless others but also helped bring gospel music to the masses through her national leadership of music for the Church of God in Christ. Almost anybody who’s anybody in gospel music nationally — Vanessa Bell Armstrong, Commissioned, Rance Allen, the late Donald Vails — was either trained or influenced by her.

“As a Detroiter, I was intrigued and fascinated by the idea of directing a movie about the Clark Sisters,” says Swanson, a veteran of TV and film. “I felt this overwhelming sense of responsibility to try to tell this story in a way that honors them and that honors the spirit of people from Detroit.”

In addition to the director, two of the movie’s stars came out of Detroit. Kierra (Kiki) Sheard, a celebrated gospel solo artist, plays her mother, Karen Clark Sheard, the youngest of the Clark Sisters, while Broadway singer and actress Angela Birchett plays the oldest Clark sister, Jacky. Birchett, who grew up on Detroit’s west side, spent her early years singing with her two sisters, Anesha and Antea, in a group known as the Birchett Sisters.

“All we sang, pretty much, was the Clark Sisters,” Birchett says. Even now, when she and her siblings get together they enjoy belting out two of their Clark Sisters favorites: “You Brought the Sunshine” and “Is My Living in Vain?”

“When this project came along I felt, oh my God, I felt so connected to their story because they were such a part of my life, in my spiritual journey as well as my musical journey and what I aspire to,” Birchett says. “They were one those groups, both individually and collectively, who I was inspired by, who I watched. I kind of modeled myself after them.”

Other actresses in the film are Aunjanue Ellis as Mattie Moss Clark, Christina Bell as Twinkie, Shelea Frazier as Dorinda and Raven Goodwin as Denise.

The film reveals the trials and triumphs of a family of Detroit women who became pioneers in not only gospel but also secular music. Its executive producers — Mary J. Blige, Queen Latifah and Missy Elliott — all pay homage to the musical stylings of the Clark Sisters.

“I learned so much from them,” Blige says in a promotional video. “They have been my earth angels, so we all wanted to see what their life was like. What did they sacrifice? What did they give up to save our lives? That’s why we tell their story.”

“The message that stands out is the strength and resilience of this particular woman the musical genius Mattie Moss Clark, and these particular women, at a time when they were truly moving upstream in an environment that really wasn’t ready for them in the way that Mattie Moss Clark was ready for them. But she pushed anyway. And she achieved and was successful in more ways than I think they even imagined at the time they started what became the legendary Clark Sisters.”

One of Swanson’s early challenges was convincing Lifetime that real gospel singers — not actresses who lip-synch — had to be cast to play mother and daughters. “There’s no way to capture gospel music through lip-synching,” she says.

To convince the network, Swanson flew Frazier to Detroit and had her meet Kiki Sheard at the piano of Detroit’s Greater Emanuel Institutional Church of God in Christ, which is pastored by Kiki’s father, Bishop J. Drew Sheard. A riveting recording of Kiki Sheard and Frazier singing gospel cemented the decision to go with gospel singers.

One of them was Birchett, a Renaissance High School graduate who taught at the Paul Robeson Academy until she was laid off in 2005.

At first, she panicked over the loss of her job.

“But something said: ‘Wait a minute. This is your opportunity to go to New York and see what happens,’ ” she recalls. “God knows if something didn’t push me out the door, I probably wouldn’t go.”

Even before her last day of teaching, she had landed a role in a national touring production of “Smokey Joe’s Café” with just an audition tape, a rare feat for a relatively unknown performer. She later ended up on Broadway in a production of “The Color Purple.” Then came the opportunity to be part of a film about the musical group she and her sisters had mimicked during her youth in Detroit.

The “Clark Sisters” role challenged Birchett to show how vital Jacky was to the group, even though Jacky was usually more in the background onstage. That was a change of pace for Birchett, who was often the lead singer when performing with her sisters.

“Jacky was not one of the sisters people readily named,” Birchett says. “People tended to overlook her. But without the anchoring and the leadership and the strength Jacky had that was like tree that couldn’t be uprooted, there probably wouldn’t be a Clark Sisters; they wouldn’t have lasted as long.”

For her, one of the joys of being a part of the film was getting to know Jacky and her sisters. Birchett set up a meeting with Jacky during one of her trips home for the holidays, and they’ve remained in touch ever since. She respectfully calls her “Ms. Jacky.”

Birchett believes Clark Sisters fans will have an even deeper appreciation of the group after seeing the movie.

“I really hope people pick up from the film that just because you are a religious person or a spiritual person, that doesn’t make you exempt from challenges and from making mistakes and from having regrets,” she says. “These ladies have and continue to handle adversity and challenges and all these things that we think couldn’t possibly happen to them, and they handle them with such grace and faith.”

Director Swanson says her greatest challenge was narrowing down what could have easily been a miniseries about each of the women, especially Mattie Moss Clark, whom she calls a “creative genius.”

Moss represents the legions of black women who came from the South and settled in Northern cities like Detroit and invested in their children so those children could have futures beyond what was available to them, Swanson says.

“She was able to mobilize her daughters in such a way that she created essentially the female Jacksons in the gospel realm, and without the intrusion of the music industry. And she trained and taught other kids musicianship,” Swanson says.

Churchgoers and non-churchgoers will relate to the “Clark Sisters” story line, she and Birchett say.

“It truly is a story of triumph, a story about five — six actually — beautiful black women who came from the city of Detroit and made a real impact on the world in music and in ministry, and it’ll live on well after they’re gone,” Birchett says. 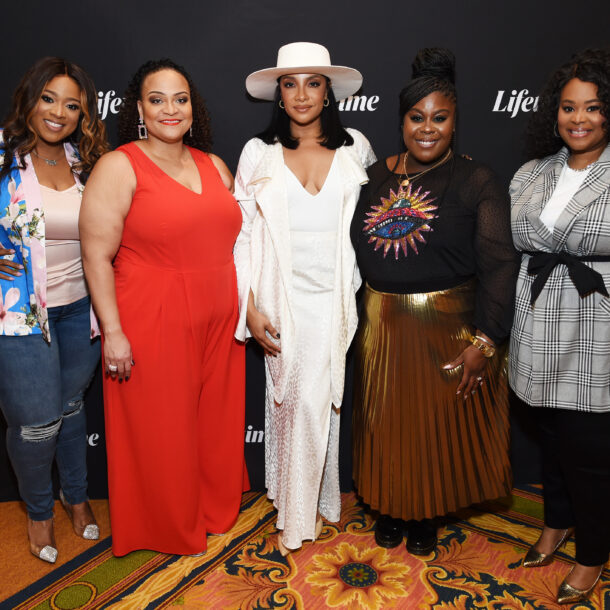 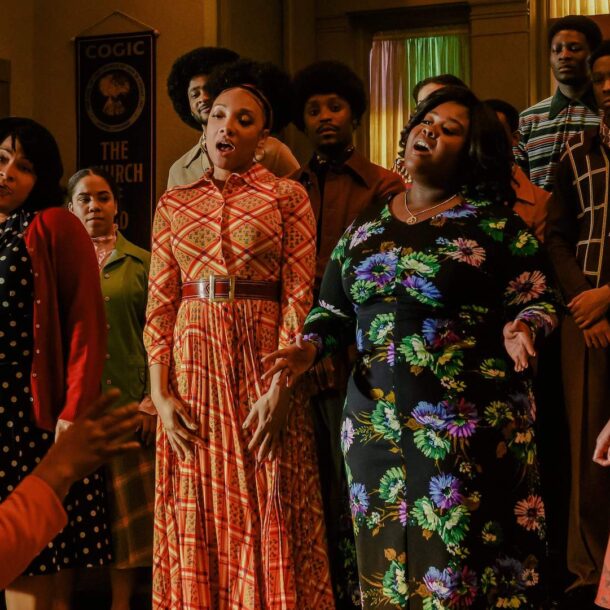